It’s interesting to see that on the Wiltshire Conservatives candidates leaflets delivered this week they say under the environment section… Pledged to become Carbon Neutral by 2030 with a tick.

Well actually, that was the Conservative led councils original pledge – to make the County of Wiltshire Carbon Neutral by 2030. Unfortunately they have now changed this to make Wiltshire Council carbon neutral by 2030.

The scale of the ambition is clearly many times reduced. To put this on their leaflet today is quite frankly dishonest, misleading, and betrays future generations at the start of the most important decade to tackle climate change.

The equivalent of Boris Johnson saying Britain will become net zero by 2050, and then saying actually I meant the Houses of Parliament.

I was at the original meeting as a member of the public where when questioned, Phillip Whitehead, Wiltshire Conservative leader and current Council leader, stated that the intention was to make the county of Wiltshire climate neutral, not just the council. So a complete backtrack and effectively an acknowledgement that little progress has been made by the council since the climate emergency was declared.

Is it possible to make Wiltshire Carbon Neutral by 2030?

Make no mistake this is no easy task. I’ve studied Climate change, biodiversity loss, and their solutions for the last three years. I’ve even written a book on it. An honest answer is it will be an almost impossible task in that time period, but not one that we should abandon. We have to shoot for the moon to stand a chance of fixing this for future generations before we do irreversible damage.

We have solutions to Climate Change and in both my business and home life I have implemented many of them, from local generation to zero carbon builds, to air sourced heat pumps to electric transport. But it is a huge task.

At the recent Wiltshire Climate Alliance debate in his statement representing the Conservatives, Councillor Clewer commented…

You try getting an air sourced heat pump installed in Wiltshire

Well actually Richard, I have…

My business is entirely cooled / heated by heat pumps. With a bit of negotiation with Good Energy we managed to reduce our bills and obtain a refund allowing us to fund the installation. As a business we’ve actually met the 2050 Climate Efficiency target already and we’re not going to stop there.

So whilst there certainly aren’t anywhere near the numbers of installers required for the scale of the task, it is possible to get an Air Sourced heat pump installed in Wiltshire. But I don’t underestimate the challenge of doing this across the county and the UK.

So why have Wiltshire Conservatives backtracked on their promise so soon?

Well to answer that we need to look closely at the house and road building program being aggressively implemented by the council, particularly in Chippenham.

I’ve described in a previous post that the road building and housing program proposed for Chippenham makes it impossible for us to achieve our fair carbon budget required to stay within the 1.5 degrees C safe global temperature rise.

Could it be that Wiltshire Conservatives have realised this and are therefore setting an unambitious achievable goal that doesn’t provide the emergency response required? Is this why they won’t set a carbon budget? Or have they not done the research to understand a carbon budget.

But surely the Chippenham Plans are under consultation, it’s not a done deal?

Here are some key sections…

The council owns a significant amount of the land which is included as part of the Future Chippenham programme.

The expert advice received by the council strongly indicates that the optimum model for achieving these objectives is to seek a joint venture partner to form a master developer for the council-owned land included in the programme. Therefore, cabinet’s approval is requested to endorse both this approach and to agree that the council team proceed with the procurement of specialist commercial, legal and property advice to deliver a successful and compliant procurement process to secure a joint venture partner

This part infuriates me..

Council owned sites that are proposed for inclusion within the JV12.

The following council owned sites could be made available to JV ;

c.Land on the Eastern side of the River Avon and lying to the South of Lower Lodge Farm, Chippenham

13.The above list is not exhaustive and could be supplemented by other landholdings within the Future Chippenham area subject to on-going negotiations

So selling off all of these county farms isn’t enough. For the right developer the council might be able to throw some more land in 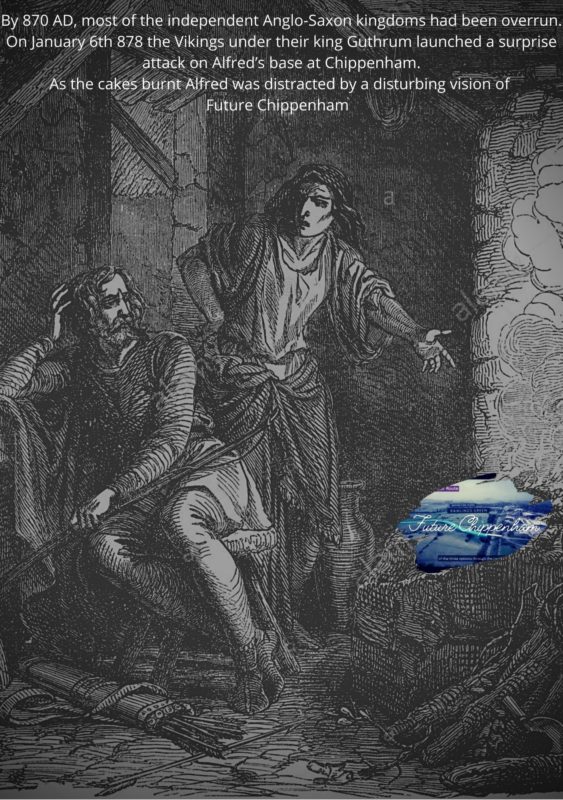 So will these houses be built zero carbon?

There is nothing in this document that even mentions a low carbon build. Unfortunately all of these areas also fall outside of the Chippenham Neighbourhood plan. So even if the plan were approved in time it can’t affect how these houses are built unless the area is adopted by the plan. But if that were the case Chippenham Town Council would get a greater portion of the  developers Community Infrastructure Levy (CIL) and determine how it is spent. Is that likely?

So Chippenham gets the houses but not the Community infrastructure money.

Shoot for the Moon

If I am elected to Wiltshire Council and/or Chippenham Town Council I will shoot for the moon on Climate Change. I know it will be the most difficult thing we ever do, but we owe it to future generations to try – Matthew